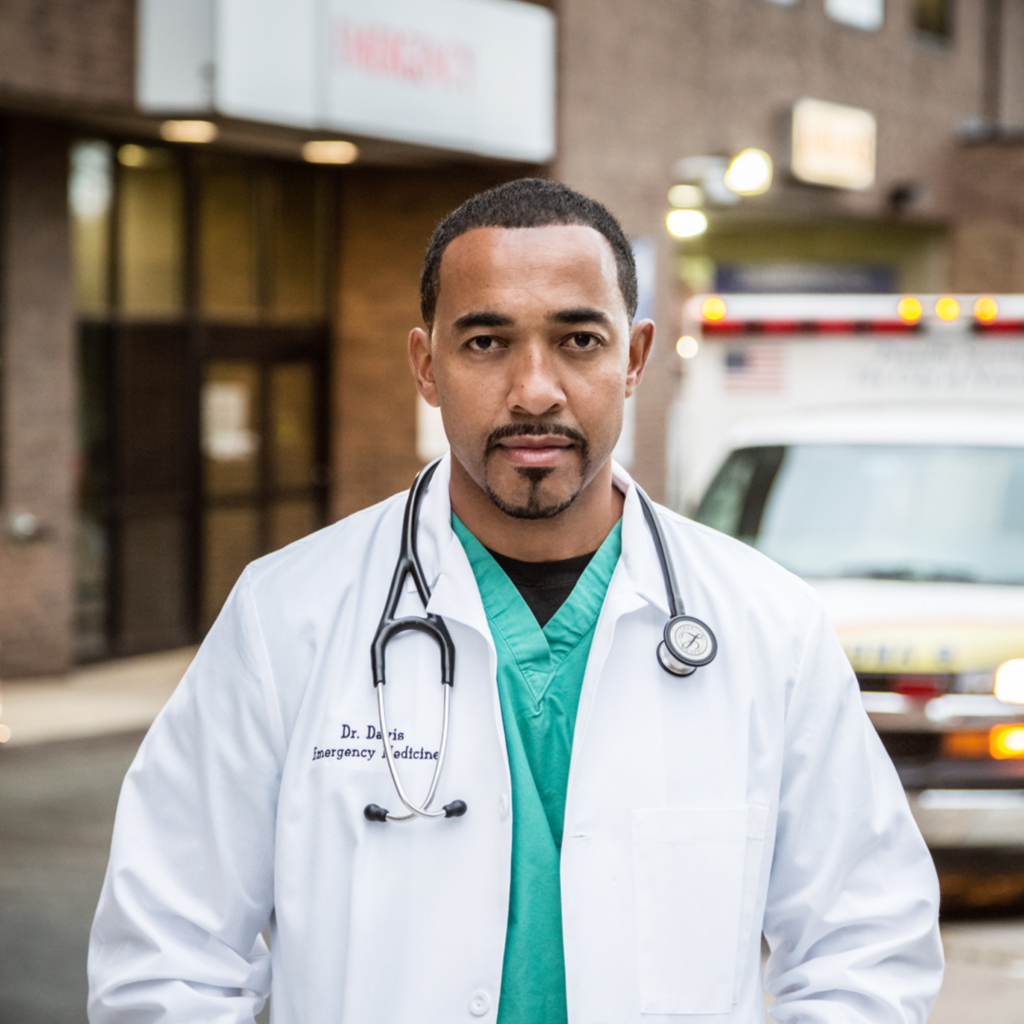 Dr. Sampson Davis is a board certified emergency room physician, public speaker, philanthropist, television medical expert and the New York Times bestselling author of The Pact, We Beat the Street, The Bond, Living and Dying in Brick City and The Stuff.

He was raised as the fifth of six children in Newark, one of New Jersey’s poorest cities. As a child, Dr. Davis grew up in cramped living quarters with the aspirations of becoming a doctor. He was a good student, able to strike the fragile balance between being smart, yet socially acceptable on the streets. It was this skill, Dr. Davis says, that was most critical to his survival.

While attending University High in Newark, he met Rameck Hunt and George Jenkins, two fellow students who together made a promise to become doctors. Today, all three have fulfilled their pact. In 2000, Drs. Davis, Hunt, and Jenkins felt the burning need to give back and together they created The Three Doctors
Foundation. The non-profit organization offers a series of free public programs focused on health, education, leadership and mentoring.

Dr. Davis has appeared on numerous talk and radio shows including Oprah, The Today Show, Dr. Oz, The View and Scott Simon NPR, as well as in print publications including Readers Digest, O Magazine, People, Washington Post, NY Times and USA
Today. Oprah Winfrey delivered her highest honor to Dr. Davis, naming him, “The Premiere Role Model of the World.”
Dr. Davis was honored with the Essence Lifetime Achievement Award as well as named one of their forty most inspirational African Americans in the country. He is the youngest physician to receive the National Medical Association highest honor, The Scroll of Merit, and was honored on national television with the 2009 BET Awards. In 2021, Dr. Davis received Seton Hall University highest honor being named their Most Distinguished Alumnus, “Many Are One” Award.

He’s the father of two children and lives in New Jersey.

We Offer PCR & Rapid Covid-19 Testing for Individuals or Employers. We also have Monoclonal Antibody Treatments Available For Eligible Patients.